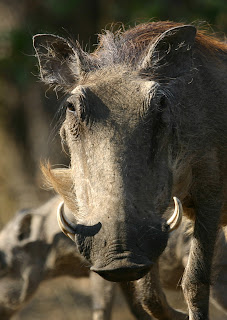 I am feeling that Billys Story is a tough one to follow. So in the eternal balance of things I am going to write about mundane, day to day stuff.

Yesterday I painted the office. What a relief. I didn’t really mean to get into an epic, but had the paint in waiting, and started to dab at the worst bits, thinking I could progress slowly moving around the room – shifting mountains of paper and computer parts as I went.

However Rayson appeared at the door, caught me red handed and the whole thing turned professional from then on. Good thing really. Rayson is our life support system. He runs this place. He knows how everything works and if we want to make structural changes, at this stage we ask him first. He is a Shangaan from this area, and a man of few words – except when he is on his own…. He talks to himself. I have heard him many times, and assumed he had visitors – but not so. He is one of those rare people that seems content with his own company. When he gets tired of that, which is not too often, he goes visiting next door, or home to Guyani.

He stepped into the room and rolled his eyes. I blustered about saying ‘no its ok, if we start here we can move this stuff over there and then back again as we go around’. As usual he ignored me and decided it was better to move EVERYTHING. Its not a big room – about five meters square? But there is a LOT of stuff in there… paper, files, books, gadgets, CDs, cameras blah blah more and more stuff. I started bagging everything and soon the rest of the house was full and the office was empty -
except for the big table and a mountain in the middle.

There was the familiar crash on the roof and thundering footsteps as the monkeys paid us a visit. Most of the troop are off feeding in the new summer green, but there is one male who thinks we should still be on the circuit. Now and again I hear K shouting as the monkey had found his way into the house. Then a female with a new baby came with a troop of youngsters. She sat outside patiently feeding her baby – its little grey face peeping out of her fur, watching the older ones play grandmothers footsteps with me at the door. No guys – this is not a game – don’t come in here ok.

It was a hot hot day and the monkeys made themselves comfortable on the cushions on the stoep. Some underneath on the cool cement, some languishing in comfort on pillows. Whilst Rayson and I sweated away in the tiny office slapping paint on tired walls.

The warthogs have completely dispersed too. There is one very pregnant female who now looks more like a pot bellied pig than a warthog. Her babies must be due soon then she will have a train of little chipolatas following her around. Leopard bait – so she will have to be uber-vigilant.

Our lawn is trying to recover. Bright needles of green are springing up, though it is taking longer than the surrounding veld. In the evening there is a herd of impala that sleep near the house. We see their white tails fluttering like bunting in the grey light. The males have started rutting already and race around chasing each other making that weird noise like tearing cardboard.

The office is now finished. The colour came out much whiter than intended – more a soft ivory than a stone/suede colour but its fine and fresh and light. The big old table is painted blue and several crate loads of rubbish have been carted out. It’s a great feeling.
Posted by Val at 10:45 AM

You do conjure up the most wonderfully vivid word pictures of your life in Africa, Val. I can just see the warthog with their antenna twitching, the monkeys making themselves comfortable on the stoep, the white flash of an impala's tufty tail and dear Rayson chatting away quietly to himself as he goes about his business.

I like mundane posts when they're this well described. its like coming over for a cup of tea (and losing the biscuits to the bloody monkeys!) oh do keep your camera ready for the baby warts when they come out. I miss em.

how lovely!Just love your descriptions..(lots of little warthog piglets running around Kasane at the moment!)

I am terribly envious at the thought of your lovely decluttered working space - you know what my desk area looks like!! now i'm motivated...

Thanks Tessa and Katherine! Tam, I'd love to have tea and try to hang onto the biscuits with you. will be watching for those chipolatas x
Karen - yes I saw your work space. Do it if you can face it - its so worth it. lovely and calm in here now... thanks largely to Rayson :-)
xx

It's all relative I guess, but mundane your day was not. Should I decide to clear my office space I might have an inquisitive cat perch up high on a shelf and cast a critical eye, but no pregnant Worthog, no lounging monkeys or such to break the monotony of the lonely task. Of course this is all theory based on the unlikely event that I might even consider interfering with the organised chaos.

hey Rob - it was a daunting task - thankfully Rayson put it all on track otherwise the chaos would have been all consuming..aagh. But the end product is so worth it - I'd recommend to anyone :-)

Hello Mr.Warthog! I love the pic!
Ah Val, i know just what you mean,the feeling of sucsessfully transforming a space into an organized, calm one.I would love a blue painted table...
xx

Thanks for popping over to my world. I'm having fun nosing around your blog. I see your last post was about books on Africa. I wrote a post on this subject in July that might interest you:

Right, now I'm off to have a meander through some of your past posts....

Val, as I look out of my window, I see the big snow flakes coming down, covering the ground. No warthog in sight, no monkey. But my imagination is with you! I`d like a cup of tea with you and Tam!!

A freshly painted room is always such a wonderful thing! The process does take on a life of its own, or it can anyway - I think that's what at the heart of every painter; a compulsion to just paint the smudged bits that eventually overwhelms all reason.

The way you describe the renewal that comes with the rain is ... what's the right superlative?

I love reading your blog so very very much. Wow!!

A day that involves warthogs and monkeys is anything but mundane!

Those monkeys are such characters - full of chutzpah!
I do hope you'll be able to get some pics of the baby wartpiggies! They are soooo cute.
Lovely post, not at all mundane, certainly not for someone sitting in the city! :-)
BTW - where are you now, still in Botswana or back in SA?

what an amazing place to visit from this cold old office in england with rain banging on the roof. thank you for showing me a little of africa!

lori - yup the blue table is cool! everyone should have one x

Dumdad - thanks for visiting. i enjoyed yours.

Angela - a tea party! what a fine idea x

Reya -thank goodness am running out of places to paint! but its been fun and loving the new colours everywhere.

Grit - thanks for the visit! send us some more rain please?and greetings to London town. must be pretty festive there now?

Janelle - you are SO right! xx

You are giving me inspiration to paint my office too - desperately in need.

Hey Val, I finally got here. My God - I've been missing out on some fabulous stuff!!
absolutely love MOTR - especially having met some of them too. . .

CJ - love what you have done to your place!
Janet - well hello! cant wait to readyour blog...
xx