Drizzling soaking rain. The ground is a saturated sponge. The trees are bursting to the seams with new green grown. Tiny leaves are poking their way out of holes in the branches. The road is a running stream and all the dams are full of froggy water.


Tomorrow we are driving to mozambique. I have been writing words like a creature possessed – trying to stay ahead of the word count for the next few days when we are on the road. But I find I am having so much fun with this nanowrimo thing. The characters have become people in my head. I talk about them confusing the living with the fictional. The story would not withstand an expert eye but who cares! Its my story and its all about getting fifty thousand words down. FIFTY THOUSAND WORDS. And I am nearly at forty thousand now. The thought blows my mind. Its more words than I have spoken aloud this whole year I am sure.

Where they come from nobody knows. Where they are going only they know.

So I am taking it with me, and when I have put my feet in that warm silk sea, and gazed at the fish from the boardwalk; and had my first sighting of Dhow Jones on the horizon; and eaten my first prawn, or pineapple, then I shall pull out my laptop and with luck bash out the final stages.

Funny I always worried about how to start a book. But that was easy – I just jumped in the water and started swimming. There was no plot or plan , I just started pushing out words. Then a sort of story line started to emerge – several actually – and I worried about how they would all come together. Now I wonder how to finish.

No pictures today. Sorry but I must go and pack my swimmies and my sunnies. When we get back this place will have transformed into summer green. Stay well everyone, keep smiling – even when people think you are deranged – and enjoy it all. Blog on!!
Posted by Val at 4:44 PM 15 comments:

frog party is on tonight 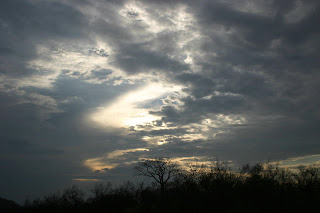 Yesterday was sweltering hot. The ground was a furnace – I went out without shoes and had to hop skip and jump to the shade. I walked around the house dripping sweat from every pore like a leaky water sack. I jumped in the pool, I had a shower, and each gave five minutes respite before the radiator started boiling again.


At sunset we saw the big male lion walk past the front of the house. He went after a warthog, which broke into a flat out run. I have never seen a warthog stretch his pace so far. He escaped the thundering lion. The lion stopped by the waterhole and looked around to see we were watching. He looked right at us, and then stooped to drink at the water for long long minutes.

A sound behind the house, the dassies scampering from the trees, a branch breaking. The lion looked up and ran over to the water tank where the rest of the pride had brought down a young nyalla. We drove around and there they all were. Some with bloodied fore-paws, plenty of growling and munching sounds; the cubs had not eaten yet. The spotlight reflected pairs of eyes all around the footpath and in the rocks.

We came home. Then the researchers arrived. It felt odd to be in the house, while researchers spot lit feeding lions just by our water tank. So we turned the lights off and watched again. 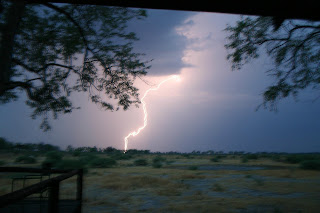 During the night, I was woken by flashes of light. Bright as fireworks – lightening all around us. I got up to unplug the phones, and computers. The thunder was still far away and I wondered if it would rain at all.

Then it started. Our first proper rain of the season. Sounds like stones being thrown onto our roof, gaining momentum to a heavy thrumming. The ground so hard, and hot, during the day, now ran with rivers of silver rain – lit by the lightening show. 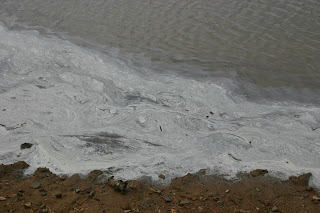 Water poured in rivulets down roads and pathways, finding its way to the dam.

This morning a whole new world of freshness. Bright green new leaves already showing in sprays along grey branches. The earth plumped up like a sponge is soft and cool to walk on. Bird calls fill the air, and the bull frogs are out. Tonight there will be a frog party in every waterhole – deafening us with their distinctive calls. The base notes of bull frogs, the tenors of red toads, trilling of rubber frogs, and glooping of bubbling kasinas. I can’t resist it. We go there and the sound completely fills up our whole heads. I will record it …. again; and send it to vaguely interested pals…..again. It never ceases to amaze me. 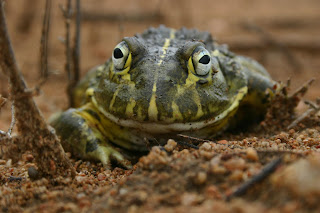 The frog party is ON tonight everyone - and if you can find a prince in there somewhere GOOD LUCK! 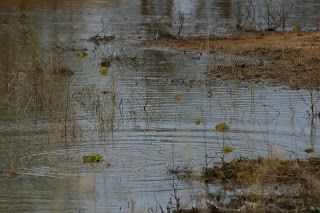 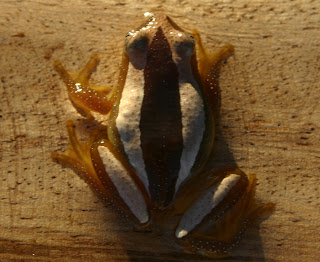 Its getting late and I've written thousands of words today - or 'southands' as some people would say. 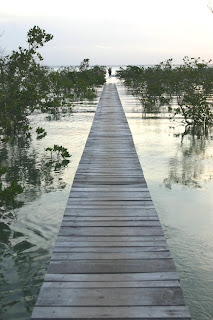 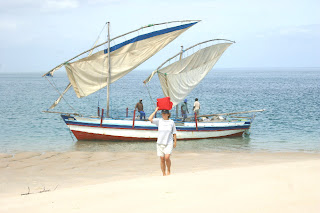 we could go by boat - on the magnificent Dhow Jones. Her well worn timbers creak and moan when she is under way - its like she is talking to you or singing a wooden sea shanty 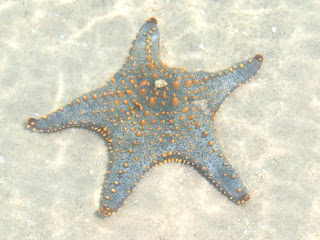 and then we could wish on stars! 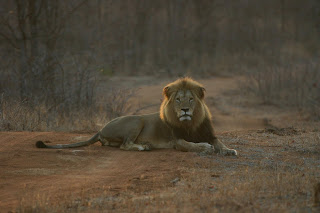 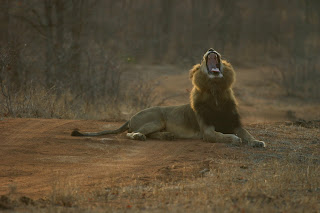 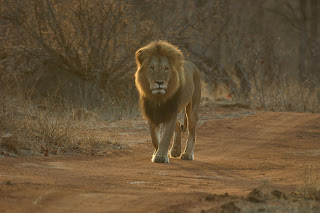 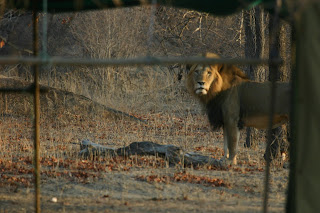