So what happened to January? I havent managed to blog too much, but as always enjoying all the lovely writings out there. So much has been happening, and i have wanted to write but time sped past. I hope this is not an indication for the year!! whoa Time, slooow downnnnn. ok?

Just quickly i thought i would share with you some candid pics of black herons fishing in the northern botswana waterways - and their secret footwear. heads down everyone - budge up
Normally fishing alone, this fishing party is an unusual sight in itself. These birds stalk the shallows, then when they find a fishy spot they spread their wings forming a shade umbrella to which the fish innocently retreat.

there is some jockeying for position 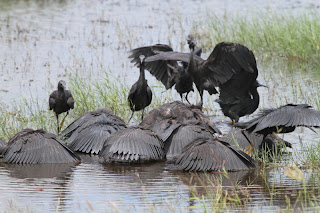 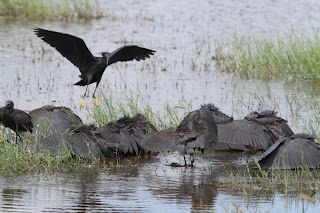 and there is always one..
and then they all fly off to a new spot showing us their deliciously cool yellow orange feet - feet that were perhaps the inspiration for Billy Connoly's famous banana boots? 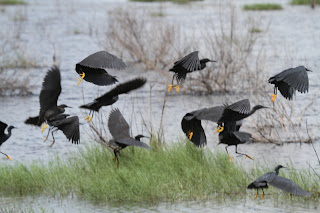 cubs and cushions - a pool party 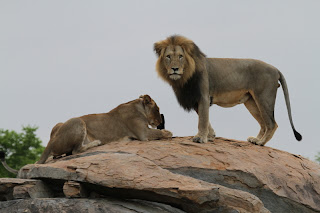 
Here we are ankle deep in the new year already. This one is showing all the signs of being the V8 version of the 2009 model – with overdrive. Hopefully the suspension has been improved as well. So far, the aesthetics are very pleasing although it has yet to be tested in heavy rain, and our rainy season is almost through.

This past week has been dominated by lion visits. Heralded by baboon alarm calls from the granite koppies, the pride seems to have taken to whiling away its free time in the area between our water tank and the guest cottage. The cubs are big now, and at that enquiring age. They have been venturing into the thatched lapa next to our pool, finding treasures, and returning triumphantly to the long grass to impress their siblings. 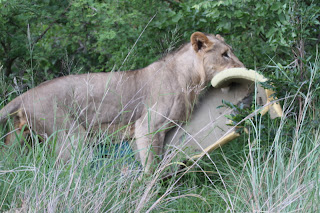 It began with a large cushion – dragged into a nest of teeth and claws where the victor tried and failed to possess his kill. The cushion, an old friend, provided an hour or two of distraction and entertainment for the young lions. They pulled, and dragged, and shook and squabbled over it until finally it burst sending sprays of disintegrated foam into the air. There was a bout of sneezing whereupon another cub could seize the quarry and race off with its remaining rags. 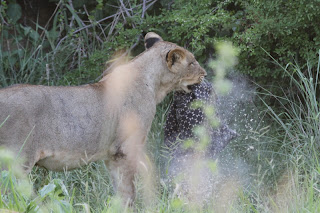 They went back for more, finding an empty bottle of hth pool acid. This was carried back like a grand prize, and munched on happily. Prizes had greater value if they were of interest to another. And so it went on, they have now destroyed several of the large cushions, fished another pool thingy out of the water; ravaged the exercise machine and started on the wooden bowls on the table. I took some paparazzi style photos in the early morning light, through long grass, and around corners, to give you some idea of the fun and games. 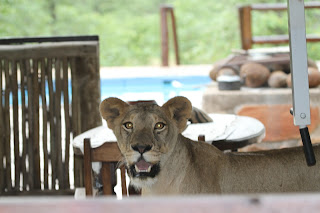 As they started moving off we went back to the house. The four big cubs followed and watched us through the window for five minutes, before heeding the calls of their elders. 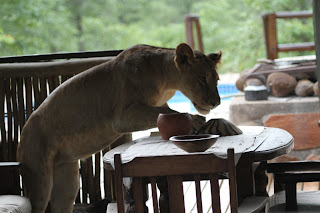 It was probably time for new cushions anyhow, and the cubs will grow out of this phase soon enough. 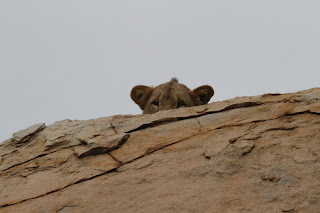