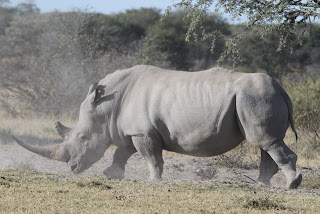 Winter has arrived today with a cheeky wind that makes the tin sheets on the roof grate together in a fingernails on blackboards kind of way.  The monkeys were here early testing the metal - they love to thunder up and down on the wriggly tin, rolling and tumbling and falling from the overhanging trees.  It could be fun if we could join them, but its a better way to wake up than some urban alarm clock.

We are in the midst of a rhino war.   These giant gentle creatures are being mown down all around us for the sake of the horns that grow on their noses. What bad luck to have such a thing. They are our living unicorns - whats left of them. 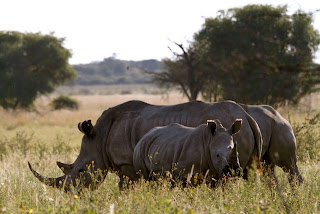 We are trying everything, but as long as the buyers in China are still able to pay, our rhinos only have the chances we can make for them. Very sadly, as our rhinos are killed, and numbers decrease, the horns on their noses increase in value which makes extinction a very real possibility in our lifetimes.

The other night we were out following a lion down the road. We smelt a funny smell but as the lion had walked right past we didnt think it could be a dead thing. The next day we went back to look. There was a blood spoor. Splashes of blood connected by dribbles of dark red spots.  Then we saw a rhino track smudged into the blood here and there.  We called in the anti poaching team and waited for them, not wanting to disturb any tracks and clues that might be about. 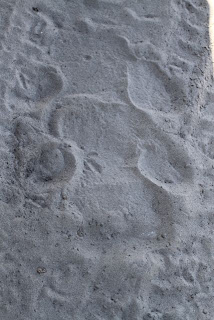 Finally, our worst fears are confirmed. A big bull rhino carcass lay in a clearing - his horn roughly hacked off.  There is little dignity in death. The smell of the decaying process is overwhelming. I wanted to go and lay flowers on the body - like the Indians do when elephants are hit by trains. But we cannot interfere with the crime scene. I think I have been in mourning the past week for the senseless avaricious nature of this death and the suffering and trauma that preceeded it.

Oh, I wasnt going to talk about the rhino issue - but now I have.

(Rhino horn is made of compressed hair like structures containing keratin and protein. There is a dense inner core of calcium and melanin similar to horses hooves or birds beaks. Mineral content varies according to range and diet.  Scientific research has proved that rhino horn has no medicinal properties) 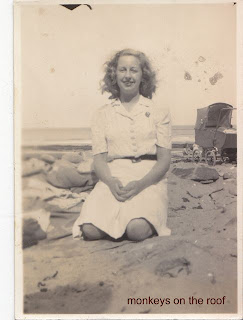 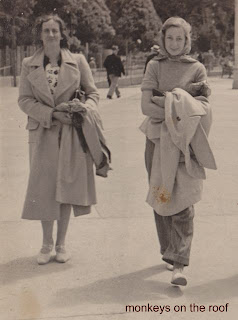 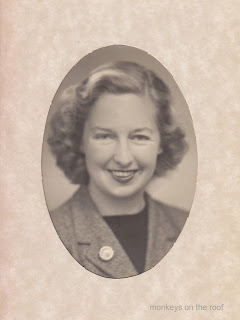