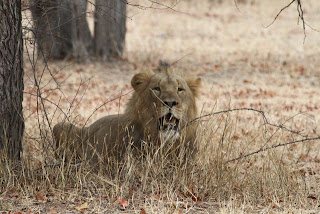 Yesterday evening, the guests had left. We picked up a couple of movies from the store in town. We drove to the river bed to collect the camera trap which we had set up by a small waterhole.  There were lots of tracks around including leopard and a big male waterbuck moved in the long green grass to watch us from further away.  Its always exciting collecting the camera trap and wondering if we have caught any pictures of night creatures. 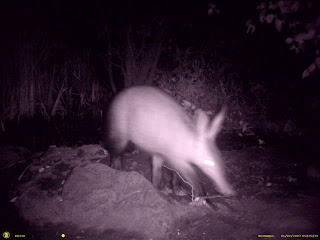 On the way back we had to brake several times for tortoises and turtles walking in the track.  Local lore has it that tortoises start walking when there is rain coming. We have learned to listen to this prediction and always pay attention - also when snakes start moving.  Generally, we only see tortoises during the summer months when it rains. 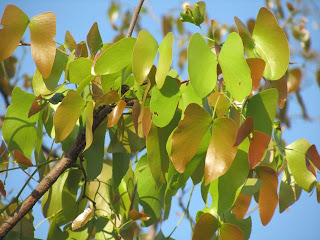 The new mopane leaves are like festive bunting filling the forest. Flags of orange and green shine and glow all around us proclaiming Summer Is Here.  At the dam the other night there was a massive frog party.  When you pull in to listen the frogs go quiet for a while. Then the songs begin again, and the noise levels reach a crecendo that fills your whole head. If you listen you can pick out the different songs, but the bull frogs havent even started yet so the deep base notes are missing. 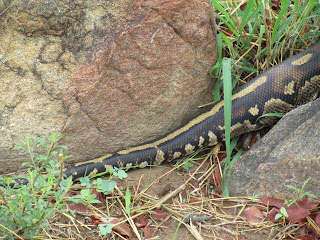 There are lion tracks on the road, and lots of elephant tracks, all heading towards our part of the reserve.  We drove slowly home, watching the late afternoon sun turn the world gold. 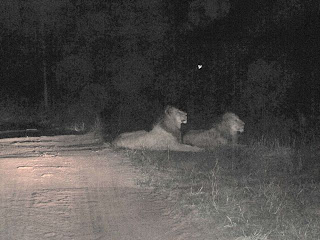 At home we were settling down to movies when we heard the first sound - a low level soft grunting sound. Lions!  We turn the sound off and listen again. Yup they are here. Jumping into the vehicle we drive towards the sound. We dont have to go far. There are two big male lions lying next to the road softly lit by the moon.  Without headlights they make two large shadow shapes that an unsuspecting creature could easily walk right into. 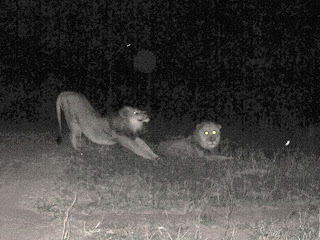 They watch us idly, but show much more interest in the herd of impala which has formed a large group in the mopanes fifty meters away. Now and again they give an alarm call.  The lions rest their weary heads - they have plenty of time. 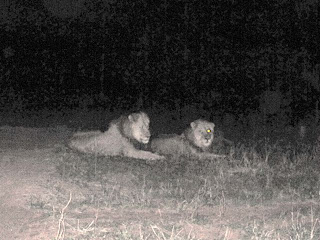 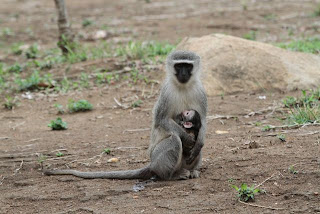 A month ago i thought winter here was my favourite time of year.  With cool dark nights and bright sun filled days under an impossibly blue dome of sky.  Since then the rains have started and immediately the ground lillies immerged from the softened earth. 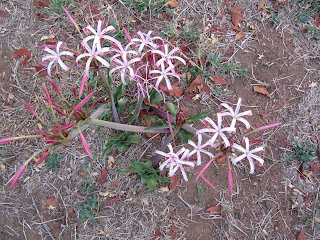 Now the trees are all coming into leaf - putting on their fresh green dresses of spring.  The mopane trees are the most common here. Their new leaves emerge shiny and soft like drops of water. Now they are opening out and the bright sun pics out the colours like slices of amber and jade filling the view. 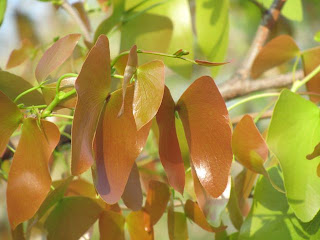 The other day we found a python. It was about 2m long and was hunting in the rocks.  the birds gave him away. A fork tailed drongo was performing avidly in the bushes marking his path. They are such brave birds.  Pythons are an unusual sight so we were thrilled to see this one. We watched him watching us for a while before he started moving off.  They are fascinating to watch as they move - it looks like there are a million little feet inside a huge sock. 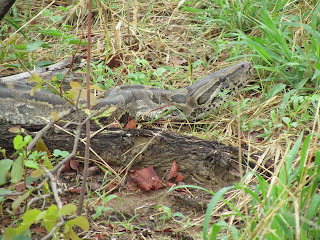 The monkeys left us for a while.  We thought they were sulking because we bought a big wooden snake and put it on the stoep - close by the door they usually use for raiding parties into the kitchen.  But now they are back and some of the females have given birth - now carrying tiny pink and black newborns clasped to their tummies. 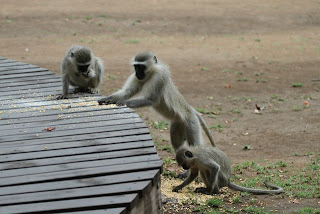 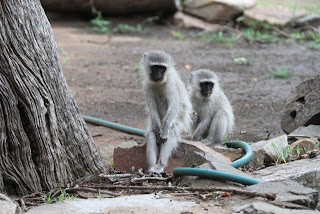 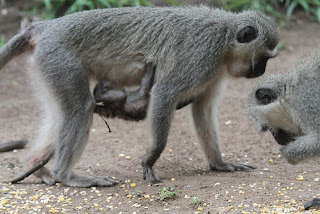 With all the green growth and wild flowers around everyone should thrive.  We are waiting now for the impala to drop their young. 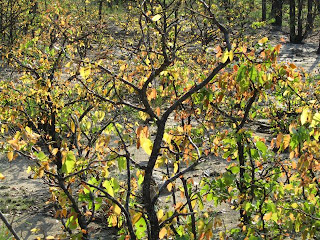 I am loving this start of summer.