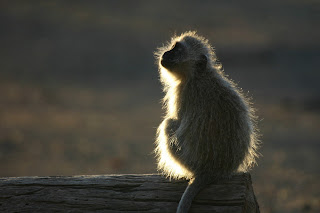 Last night the sky was dark and clear. The milky way stretching over our heads like a handful of magic dust flung from a celestial hand. Jupiter shining bright in the west and the moon sleeping off its day job was nowhere to be seen.  We sat around the fire. The wind had dropped but a winter chill still hung in the air held back by the glowing embers of our hard wood fire.

We started talking about the moon. Telling moon stories. Not talking behind its back you understand – nothing we wouldn't have said if it was shining down on us in all its silver glory.

We spoke about the first man ON the moon and how there is a school of thought that doubts this ever happened. They claim it was all staged somewhere in the Nevada desert. How would we know?  Back in 1969 it was just as hard for some rural folk here to believe a man walked on the moon.  It made them cross thinking the news bearer was making fun of them. How could it be possible? Which moon? That one! Nope – impossible.

I think the moon should be sacrosanct. It belongs to all the worlds people. Its pull on the tides, on the rhythms of our lives; on when to plant crops and when it will rain continues to underpin life on earth despite our techno immuno cyber developed systems (I was going to say civilizations but changed my mind).  When all else gets crazy the moon stays constant, gazing down benign – watching over us. We can send messages to far flung friends via the full moon. "I am looking up and I know you are too" kind of messages.

Can't we ban people from leaving flags, trash, footprints on our moon? Cant we stop them for prospecting for water and minerals? Do they plan to start mining? Will we look up there one day and see smoke and lights and a pall of manmade pollution ringing our moon? Shudder…

With all the money that is spent on space exploration, we could build school roofs for all the schools in the whole wide world – whether they need them or not. We could save topsoil, save forests, clean up our oceans – our drinking water. The possibilities are endless.

Then if we took all the money that is spent on the arms trade; and stolen by corrupt politicians and leaders; and chucked that into the pot we could all holiday forever!

Oh is that my alarm clock – I must have been dreaming.

No wait – someone is rattling the security gate in the passage way. Its 5am but still dark .  We have guests and I think they are trying to open the gate so I turn on the lights and peep around the corner (in case it is masked gunmen instead).

HA! It's the porcupine. Somehow we shut him inside the house last night. He is pushing the gate frantically. I move towards him and he starts rattling his quills – a sound like one of those Australian aboriginal rain making things (a hollow pole filled with seeds that you upturn and sounds just like rain); OK he rattles his quills making a sound like rain. He stamps his foot now and again too. Its quite musical. But I still don't want him to back into me with his quills, and he is obviously quite flustered.

We sneak past and open the front doors and stoep doors. He scurries off into the darkened kitchen.  We leave him to find his own way out. Daylight creeps softly in wearing a rose coloured scarf draped across the sky.

Oh Val, another FABULOUS post. I do so love the monkey pic and porcupine snippet!!

You know I'm from the school of non-believers about man ON the moon and it's for the simple reason that no-one's gone again. In this competitive, greedy, overcrowded world we live in - someone (some egotistical government) would have done it again. I wait for Branson to prove me wrong.

Now, when we talk about the man IN the moon - I'm with you 100%. He's my favourite man at the moment and he talks back to me through Life And The Universe and I must admit I don't always understand the conversation immediately.

Have a peachy day! Love to K
xxxx

Oh your posts, Val, they are magic! The moon, always there, making us feel secure. You are right, it should not be disturbed. And the money for all the children`s needs, what a wonderful thought.
Oh my, that porcupine again! He keeps sneaking in, is he after your bíscuits or what? You must make him a porcupine flap!
What a totally different life from mine!! Did you get my photos?

Lovely post, evocatve images of scared porcupines finishing it briliantly.
Thank you for my award as well, a nice surprise on my hols.
xx

I love being here it is magic. Thanks always for bringing me along.

How did the porcupine get in? I knew about monkeys on your roof, but porcupines in the kitchen? I love the phrase, ... daylight creeps softly in wearing a rose coloured scarf draped across the sky".

hi Janet - you should see what the porcupine did to the curtain!!! after he had eaten half a sack of biscuits. He must have been soooo thirsty!you too have a fab day xx

Lori - he dropped a couple of quills this time but usually he is so relaxed.xx

Geli - yes imagine what could be done with all those misdirected funds! sure there would be enough for everyone. Porcupine found a sack of biscuits hidden in amongst the cooler boxes. He managed to eat half the sack!!xx

Fire Byrd - thanks and happy hols. am so jealous of your trip to geli in sept!! you guys will have so much fun x

Verily - thanks for always leaving such lovely comments here - you are so kind!

Lakeviewer - the porcupine went in through the door. we were outside by the fire and he pootled in, like he often does, to investigate the house. I think its like a big cave to him? anyhow he must have had a nap inside somewhere, and much later when i closed up for the night i had completely forgotten about him.ooooops sorry!

Magical.. how beautiful! I'm a moon person myself, having been born at the time of the first landing also maybe has something to do with it? Poor porcupine!! I do love your descriptions xx

I love how you write - and I agree about you 100 % about building school roofs and saving topsoils and forests. I also love the last line "Daylight creeps softly in wearing a rose coloured scarf draped across the sky."

Beautifully written. We've won the race to the moon - where has it gotten us? I'd rather think about little boy blue and the man in the moon, a porcupine in your kitchen and all of the wonder in this world.

There is an award waiting for you on my blog! Almost forgot, to receive the award you will list 7 things about yourself, any things and give the blog to 7 more bloggers that you like!

How can I figure out how to say how much I LOVE YOUR BLOG!! I say it every time, I say thank you and oh wow and oh yeah and yet none of those expressions even begin to touch my admiration for your mind and for your generosity in sharing your thoughts with us.

Who knew about the sound of a porcupine shaking his quills? SO cool.

I miss seeing the Milky Way; haven't seen it in years. Thank you for giving me a glimpse of it through your eyes.

hi Karen - yes magic and the moon. Despite its vital role in maintianing our physical world - the moon must harbour our dreams and wishes too x

Pink Dogwood - imagine if that wasnt an impossible dream?

Kristin - maybe these space races are costing us more than money?

Lorac - thank you so much!

Lovely Reya - thank YOU so much for your awesome blog and wonderful comments on mine! We are so lucky with the night skies here. I just cant stop staring!!

thanks all for your lovely comments. blog away xxxxV

There's something for you at my blog. I know you've already got it, but you get it again!!
x

Val, your blog is like entering a place of magic. You write so brilliantly well and conjure up images for us that just sing with the rhythm of Africa. It is a beautiful place, your blog...one of most favourite ever!

Am mooning over your post and the lovely photograph. Ach...gorgeous. Love that you have a rogue porcupine that eats biscuits (and curtains!)
T xxxx

Val: Thank you for stopping by my blog and leaving me an encouraging message! love and light from NG

Just popped in to say Hi. Are you roaming the range? Wandering the lust? Having some wondrous time I hope. xoxo

Your writing and photos leave me breathless...Every visit here is wonderful. Hope you are well.

Tessa - thanks so much especially comming from your beautiful magical blog!!

Chimera - ha yes he ate the curtains but we love his nightly visits!x
(the porcupne!)

Verily - HI! yes been wandering a bit, and guesting.. back to blogging soon i hope :-)

Thank you all for your beautiful comments - i come back and savour them often!! tee hee
you are all amazing - thank you xxxxx blog on xV